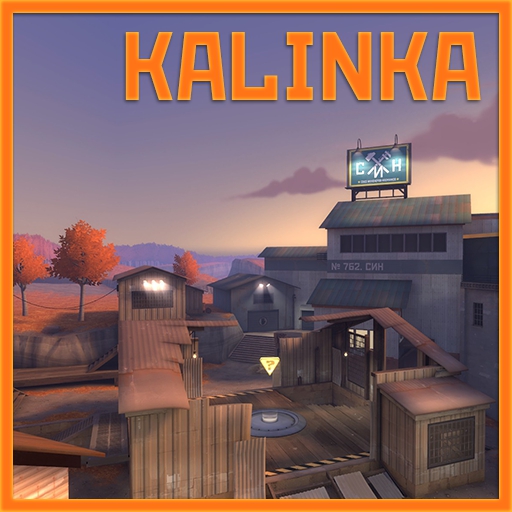 Type: Map
Game Mode: Control Point
Would you like to see this on Creators.TF?
Yes

5CP map set inside a Soviet Russian chemical plant, where РЎРРќ (BLU) and РљР РЎ (RED) fight over the control of secret research labs both teams have hidden inside.

The map has been designed for pub gameplay, also keeping comp gameplay in mind.

Kalinka was played in Season 25 of UGC 6s

Huge thanks to everyone who played the map and provided feedback during the developement.

TF2Maps.net for all the help and feedback.
Teamfortress.tv for the playtests and feedback.
Lucrative and all the players playing in his high skill playtest pugs.
Exactol for the amazing particle effects.
Frontline team for the assets used.
Fubar for the sexy pipes and custom shutters.
Crowbar for stripeless metal textures.
MaccyF for brick texture without the ugly bumpmap.
Muddy for the distorted Cossack Sandvich.
XB33 for some cool soviet props.


The map uses a custom soundscape and soundscripts but those seem to break when uploading to the workshop.

Comments
◀
▶
Submission status:
Introduced
This submission has been introduced into Creators.TF's servers.
Authors: