Every year in TF2, the Smissmas update holds a special place in all players' hearts, and so we thought, "screw it, let's take a shot at making our own!"

Introducing the Self-Made Smissmas update! This is the first update we've put out, and hopefully you enjoy it as much as we do, because we really like it! This update has been a ton of work from the developers, artists, and potted plant of the Creators.TF team. We've been so busy with this that we hadn't even decided on a name for the update until it was practically finished. It's okay though, who needs a good name when the content can speak for itself?

There have been many hints and teasers of this update, so if you'd be remotely interested in seeing those and much more, you can join us in the official Discord server.

We very much look forward to working with the community to implement fun, new, and interesting content in 2020. Happy Smissmas and Happy New Year!

While the people whom we have chosen to work on the project participate in its development, we have come to the stage when we need to look for content that will be included in our first community update.

If you are the author of an item or map in the Team Fortress 2 workshop, you can send it to us for review. This means any type of submissions are welcome: cosmetics, maps, unusuals, weapons, war paints, taunts, etc.

But before you go, here is what you need to know.
- Every item or map included in our community project will be accessible for free by anyone. This means no real-world money is required to play with new stuff.
- Every item you get by playing on our servers will be located in your website inventory. Player loadout will also be manageble on the website in a specific menu and will be automaticly changed in-game.
- If your submission is included in our new update, you will get a Self-Made copy of this item in your Creators.TF Inventory. (If you made a map, you will get a Map Stamp for your map)
- If an item / map we added on our servers is officially added in game by TF Team, the item will be marked as "disabled" and will be removed from our servers permanently. We are not able to interfiere with official TF2 Economy.

Fill out the form below and let us feature your work in our upcoming update.
https://creators.tf/submit

If you have any questions, feel free to contact us at [email protected]

Our first update will be ready closer to the end of this month because we need more time to prepare everything for the release. Thank you for being with us and see you later.

Now when we set up servers we need to temporally shut them down because money is waisted without any purpose, since
a) there are no players playing on them
b) there is no actual reason for players to play on them.

Once we will be ready to push our December update well turn them on.
For now "Find s Game" button is disabled.

Quietly, in small steps, we are going to big things! Today we launched servers in North America, so now you can play there too.

Currently we have servers in Russia and North America, and if you want to join them: click the big green button on top and select maps you want to play. Our system will find the best server for you to play!

Also, in order to somehow dilute the atmosphere, we decided to add 3 new community maps to the rotation:

Slaughter is a fast-paced King of the Hill map set in a food processing plant. Navigate the bloodied halls and use the fully-functional conveyor belts to ambush your foes - but watch your step, hazardous meat grinders might just make you tonight's secret ingredient... !

cp_overgrown is a 2cp map a new custom overgrown South American jungle villa resort theme, created originally for the TF2Maps.net 2015 Summer 72hr Mapping Contest, and later updated in collaboration with Pear for consideration in the Jungle Update. The map features a train mechanic, where, after capturing first point, attackers can ride the train into a flank route deep in enemy territory. 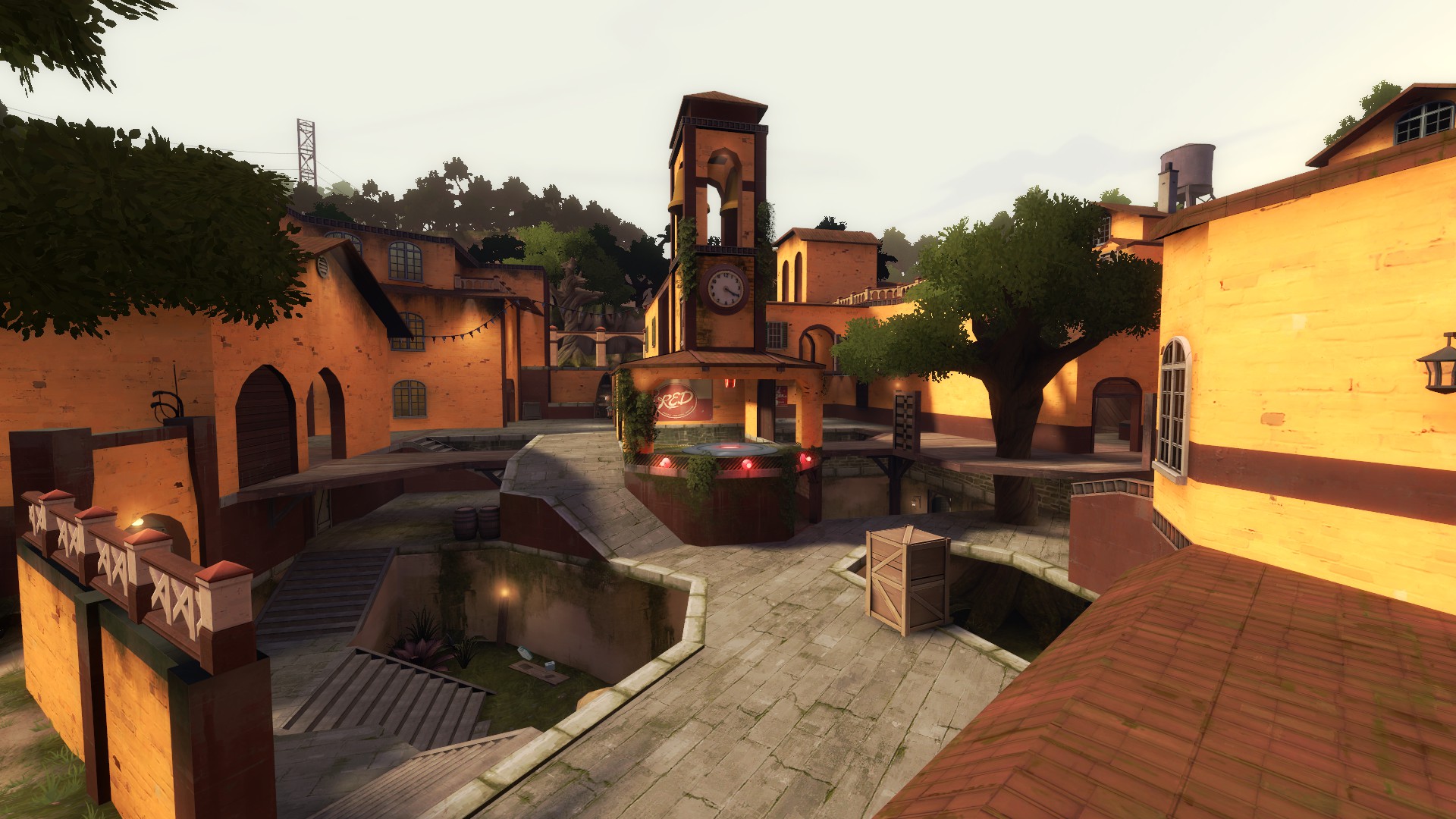 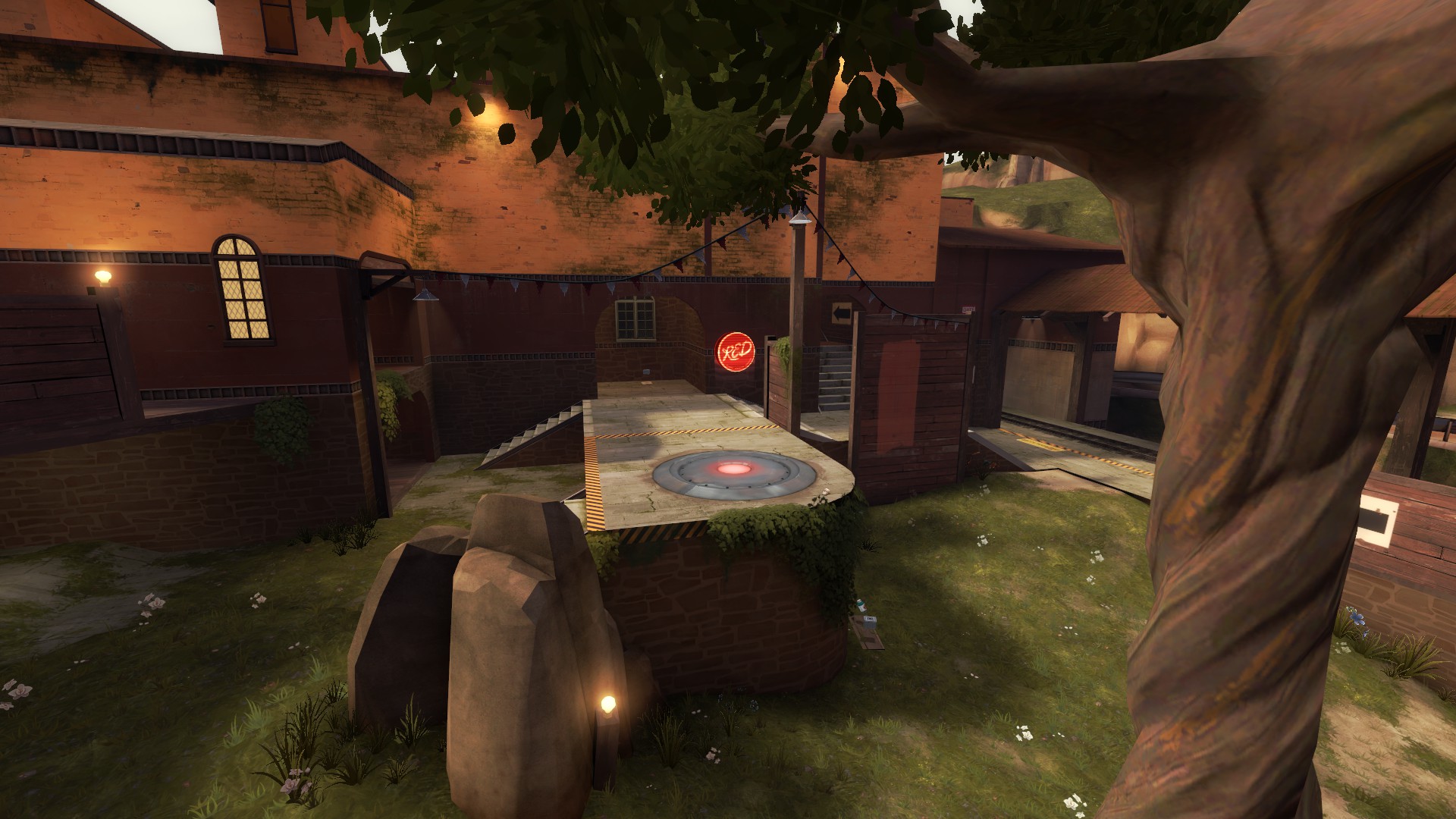 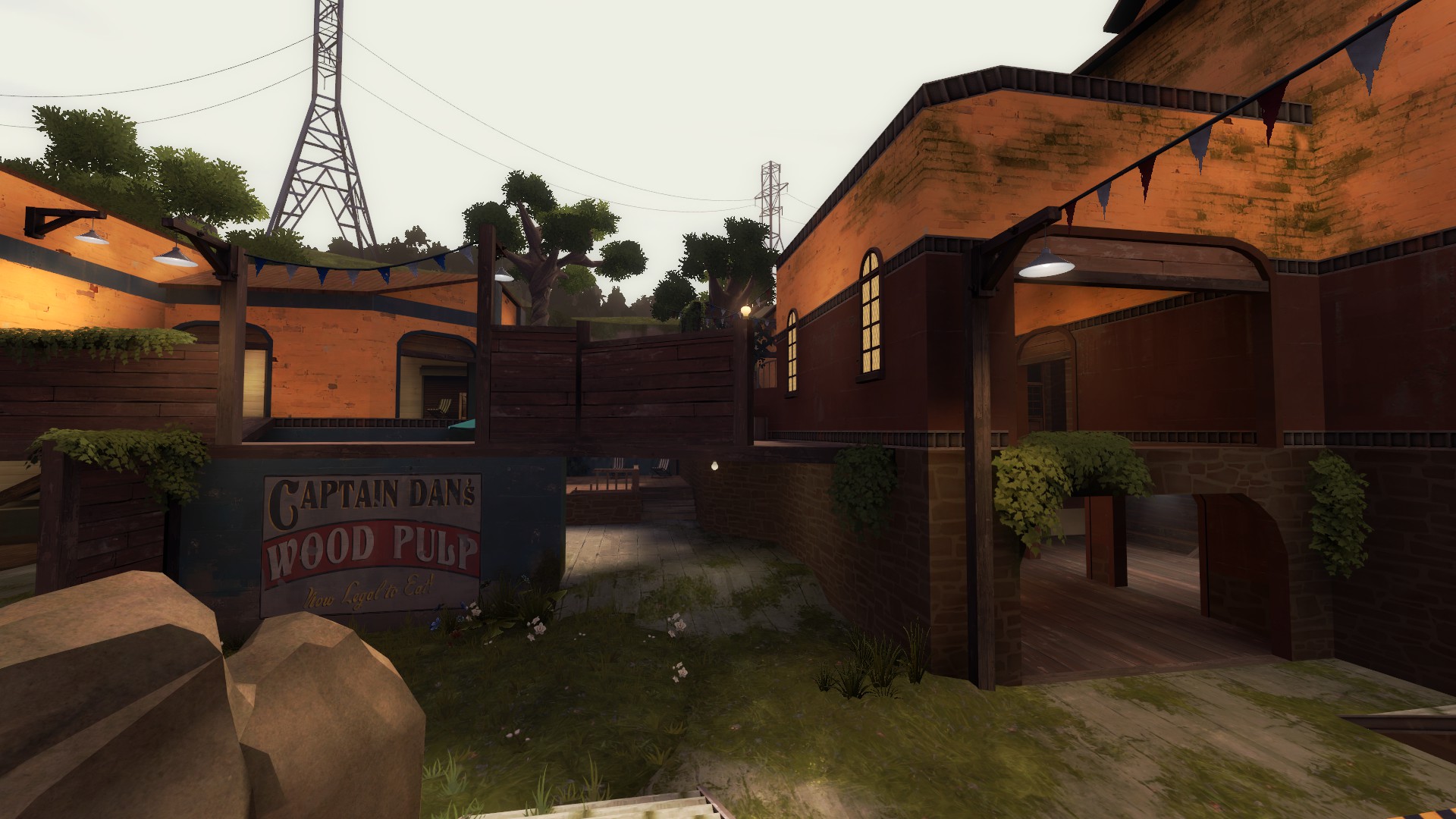 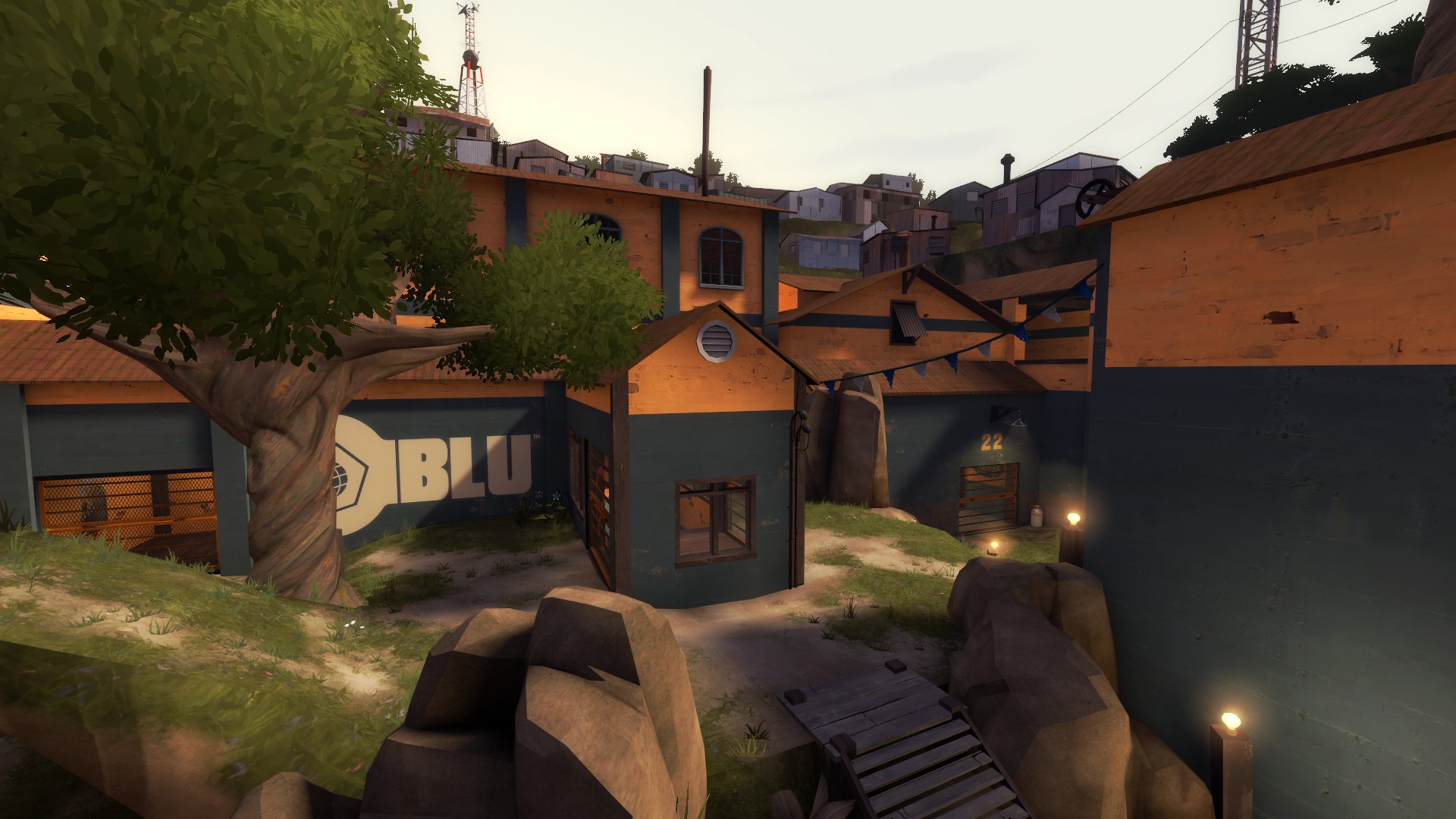 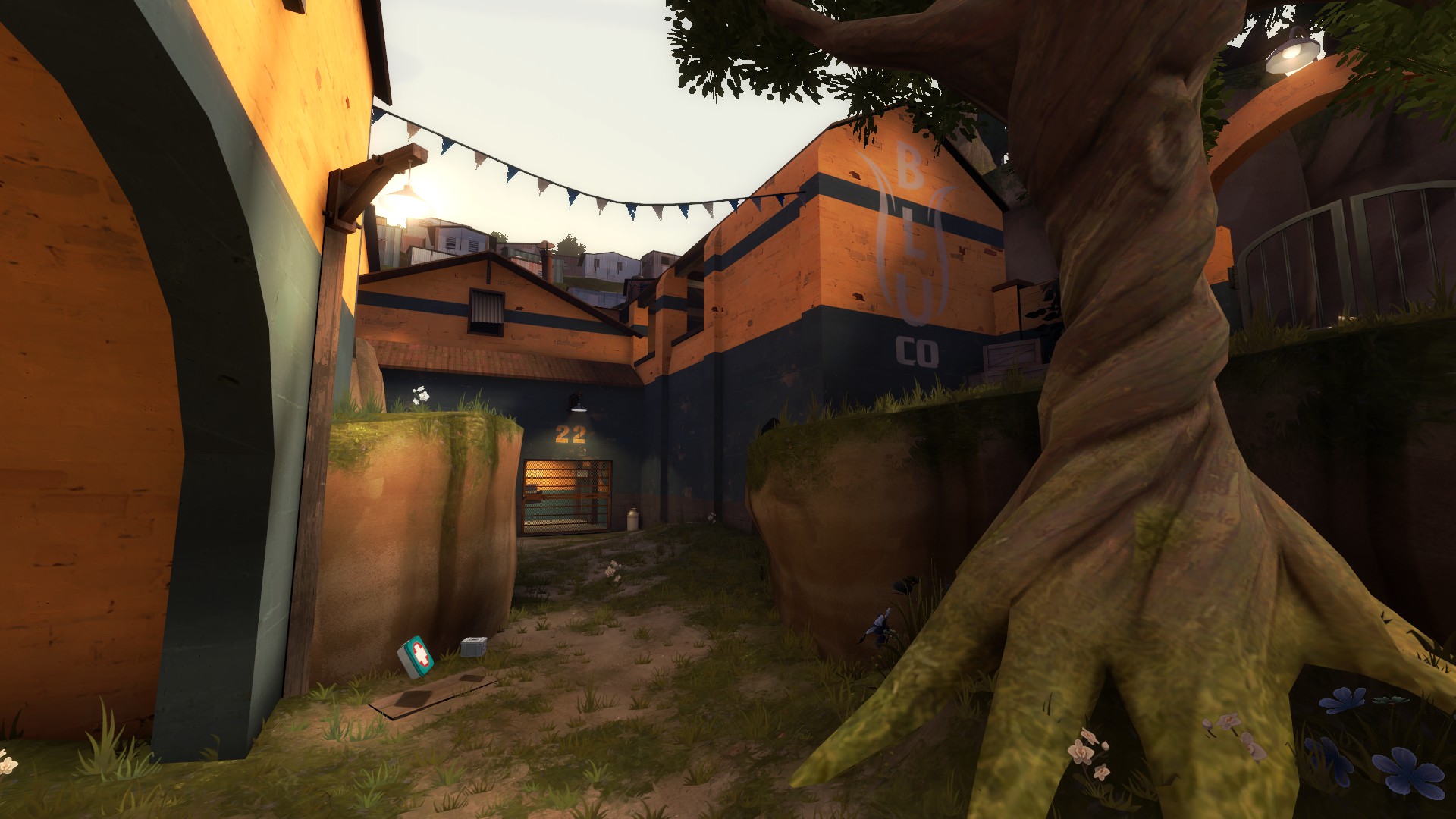 "Eclipse" - is a large single-stage Payload map with a varied style and gameplay, themes set in the industrial desert of the 20th century, consisting of 4 points. 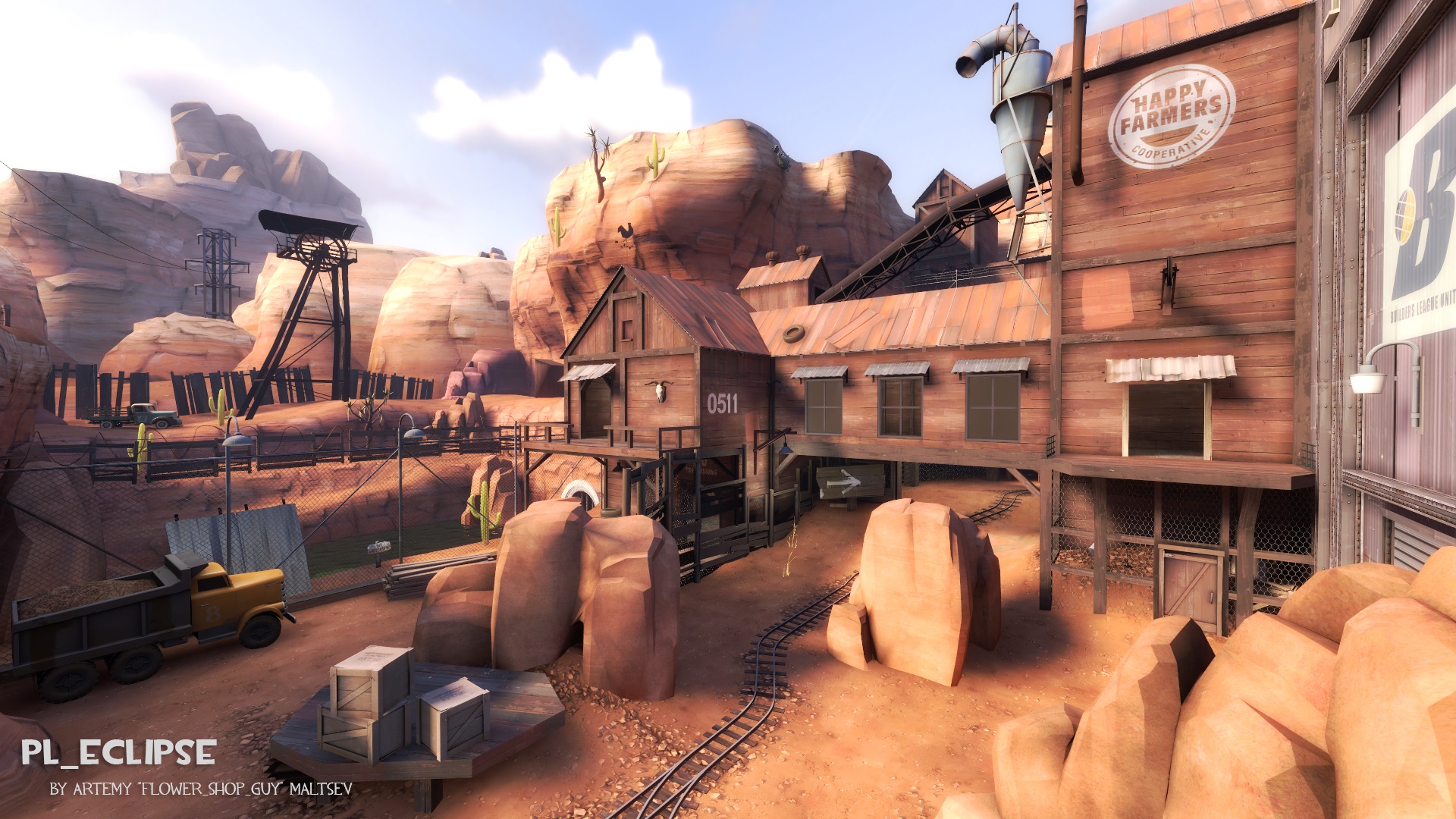 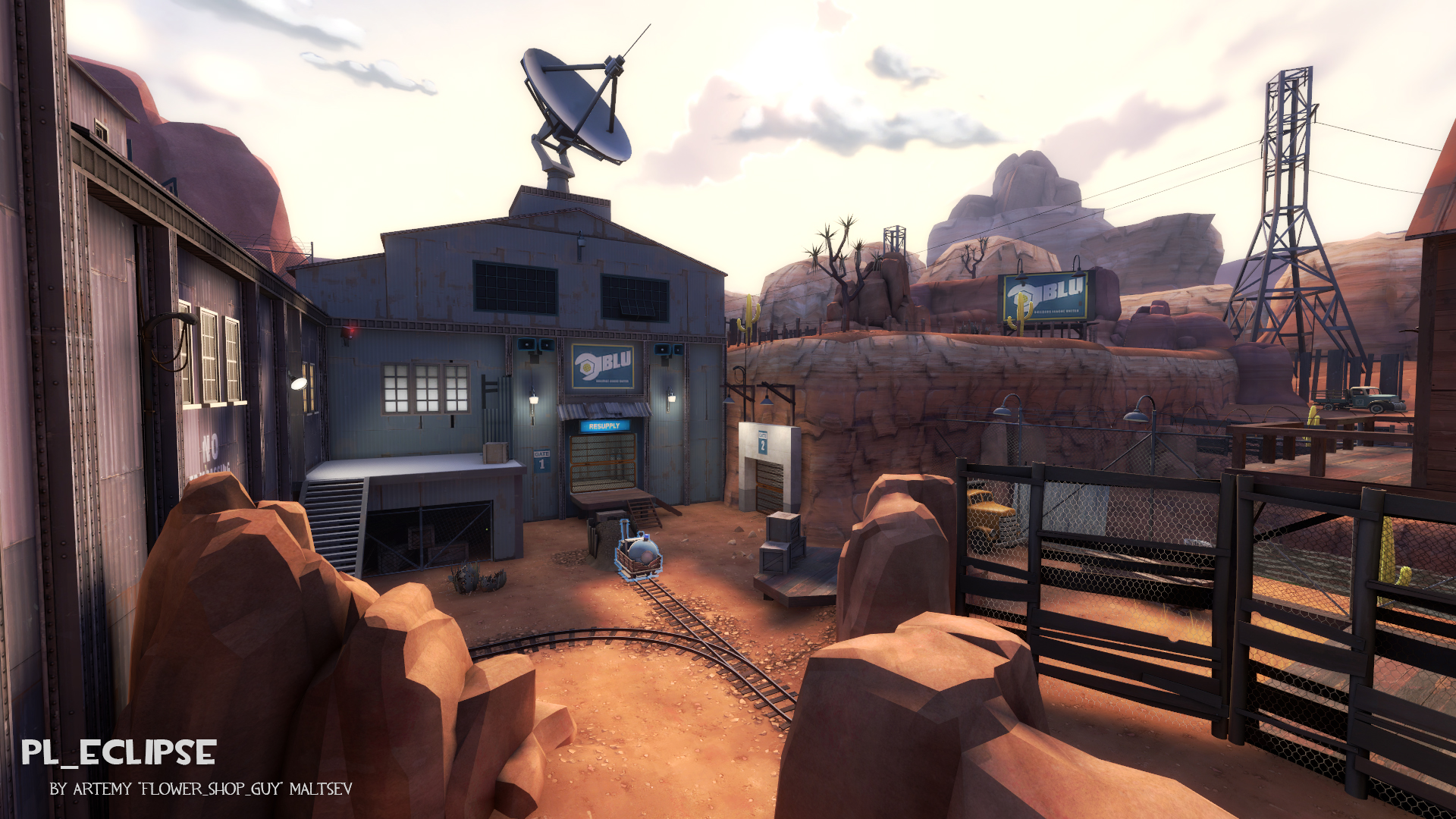 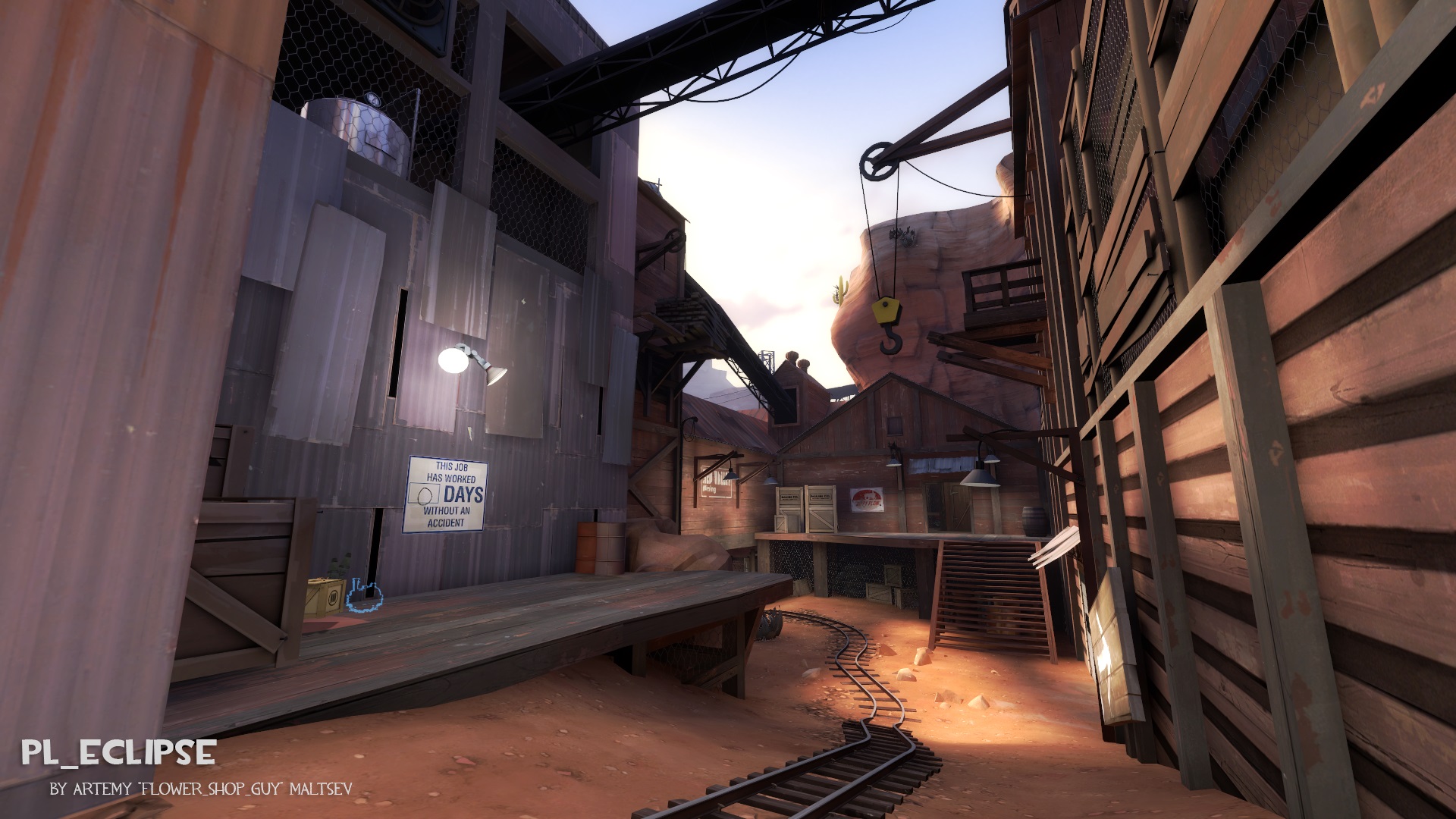 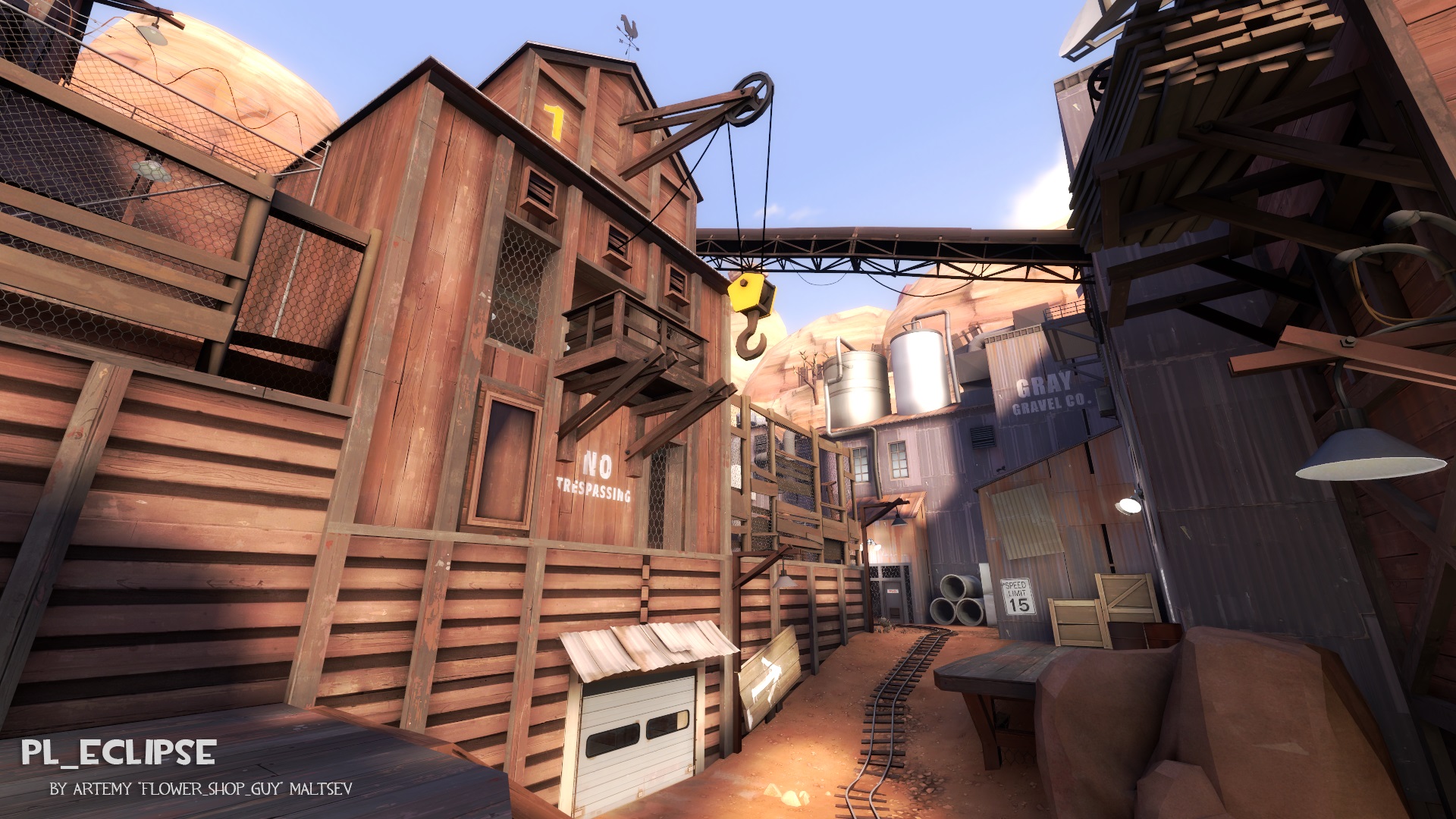 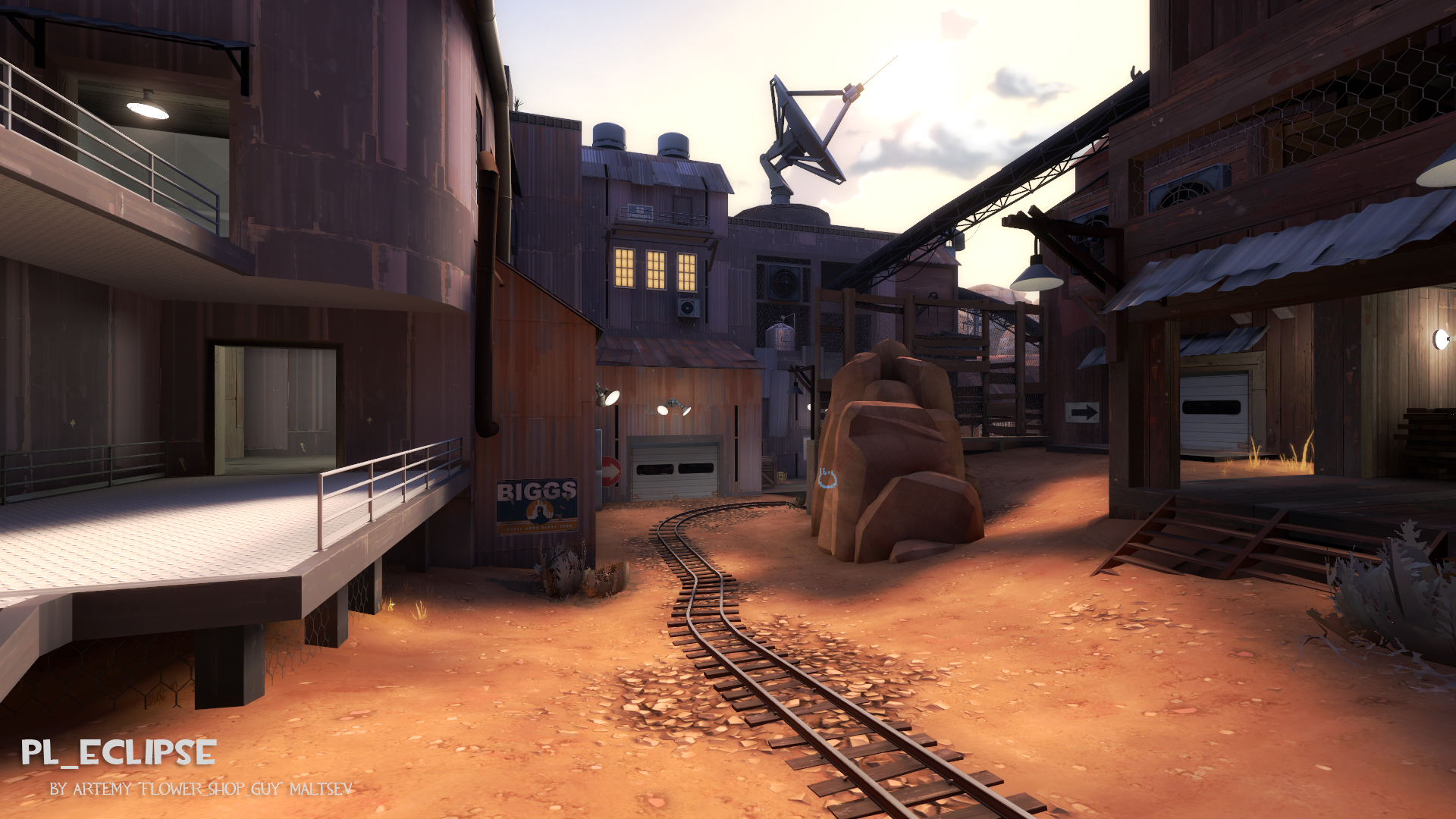 Thank you very much for your interest and excitement around our project. Right now we are getting a lot of requests that we just don’t have time to read, but we are glad that there are so many.

But still, analyzing all the applications, we realized that hey, we are not a company, we are, first and foremost, a community. And it will not be right if we take only a few from a large number of people. Everyone has the right to participate.

That is why - we need a place of communication, a place where we can discuss our ideas and concepts. That's right, we are talking about a discord server. Join our Discord server to tell us about yourself and keep abreast of the progress of the project.

Over the past few years, Team Fortress 2 has been receiving far less attention from developers. Yet the game is still very much relevant. We can continue to wait in endless anticipation. But we also can take the initiative in our own hands! The goal of this project is to try and make unofficial updates to our beloved game with the help of community created content and, very importantly – with the authentic Team Fortress 2 spirit in mind.

This project is a great undertaking. That is why we address you, the TF2 community! We need the help of everyone who can and want to do something in order to extend the life of our beloved game! So we are introducing our brand new game-saving community project designed to make custom community updates!